We had good flights home, though Turkish airlines charged us 30 Euros per bike extra. I made a fuss about that, since I had made sure that I booked these flights including the bikes. To no avail and in order to prevent ourselves from missing the plane we had to pull the credit card :-)
At Schiphol airport we were welcomed by a charming little company who also helped us putting the bikes together again. 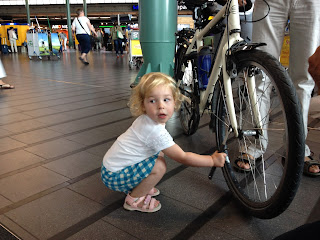 We had hardly settled in our home again when Jude and Astrid reported at our front door. Here they were, having cycled all the way from Melbourne to us and almost to London, their final destination. Our story in short: we stayed with them in Melbourne as Warmshowers guests in January 2013, then we met again with Christmas 2013 in a bamboo resort in Thailand and now, July 2015, they were in our home. Amazing ladies and fantastic to have them with us. For those who did not understand until now: cycling enriches your life! 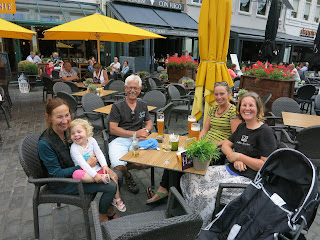 The whole company having a drink a the great market place in Breda. 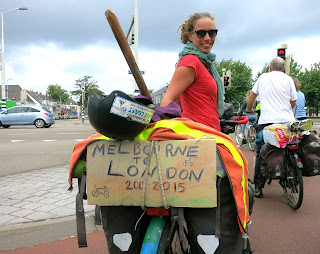 Leaving again for the final stage.