Daejon, that was a week ago.
Back on our bikes we rode north from Chungju towards Seoul. All the time along the Han river. Mostly very beautiful and the first days under beautiful weather conditions. Then again there were two rainy days. We didn't get very wet though, as it was heavily overcast with now and then heavy showers. Each time we could find shelter, once even under a roof of solar panels over the cycle path (this is a modern country!).
The path goes, with the river, all through Seoul, a gigantic city. We were not lucky, we left the path too early, which resulted in unbelievably steep short climbs in the city in order to reach Toyoko-inn in down town. Walk and push, assisting Eveline pushing her bike up together. A case of bad preparations of myself, as down town is not high at all. I just chose a route over a steep hill. Do I have an excuse? Not really, I was lazy. I only used my Garmin, which is loaded with maps from OpenStreetMap. It doesn't show contour lines or profiles. I should have used Bikemap first, or another planner, which does give profiles with ascents and descents. Could have prevented a lot of sweating.

Once there, things were quickly forgotten and we spent some lovely days in Seoul, including a tour into DMZ (the Demilitarized Zone). 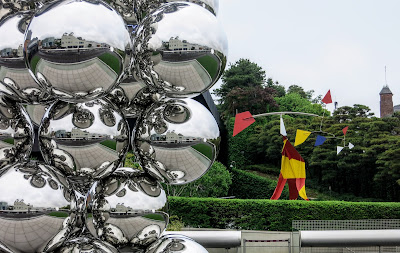 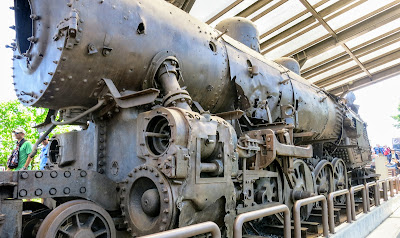 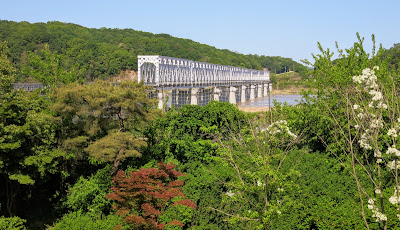 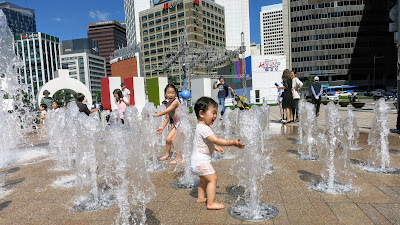 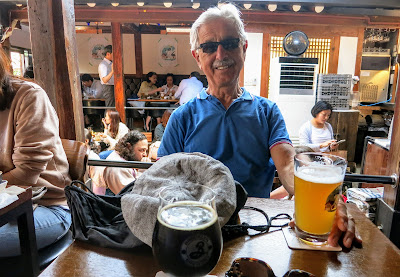