Exit Poland – Berlin and on

Altogether we cycled some 370 kms in Poland. Beautiful agrarian countrysides, often just a little hilly and very small villages along the way. No places to sit and have a drink, very few shops. The country simply is not densely populated and as cyclists we use small roads en therefore we encounter few facilities. We didn't camp, the weather made us make other choices. We stayed with our WarmShowers hosts of course, as mentioned before, but later we used hotels. Prices are comfortably low for us Euro-people.
We made long days, as distances were great but most of all because our speed was very low because of the strong headwind, sometimes combined with showers of rain. This, and our tight schedule, made us decide to skip some kilometers and take a train from Pila to Kostztryn on the Polish-German border. And, as we had been in touch with our old (since 1990) friends in Birkenwerder, just north of Berlin, we were met at Kostzstryn station by Olaf in his motorhome. All our gear was loaded in the moving house and off we were to Olaf and Gudrun's lovely home. On our way home we visited the Seelöwer Höhe, were there is a memorial of the battle in February 1945 of the Red Army against the defending Nazi troops, so close to Berlin and near the end of the war.
The next three days we spent in Berlin. We commuted to and fro by S-Bahn, a 30 minute ride. We appreciated the city, its atmosphere and relaxedness. 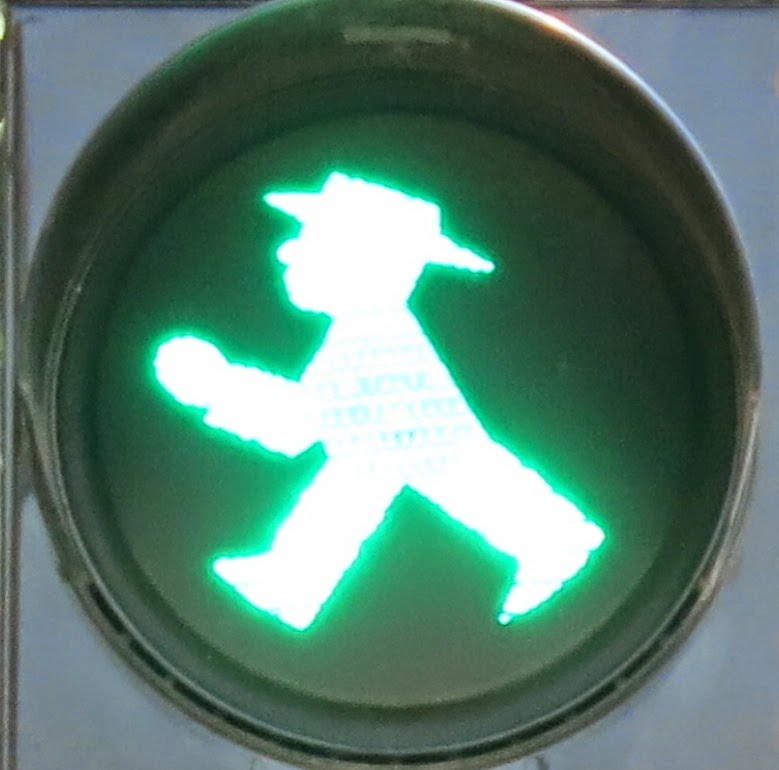 We walked a lot, saw all the highlights, and the musea, that is, just a selection as there are so many of them. But we saw everything, from the Dutch and Flemish masters to contemporary artists as Joseph Beusz and Andy Warhol. 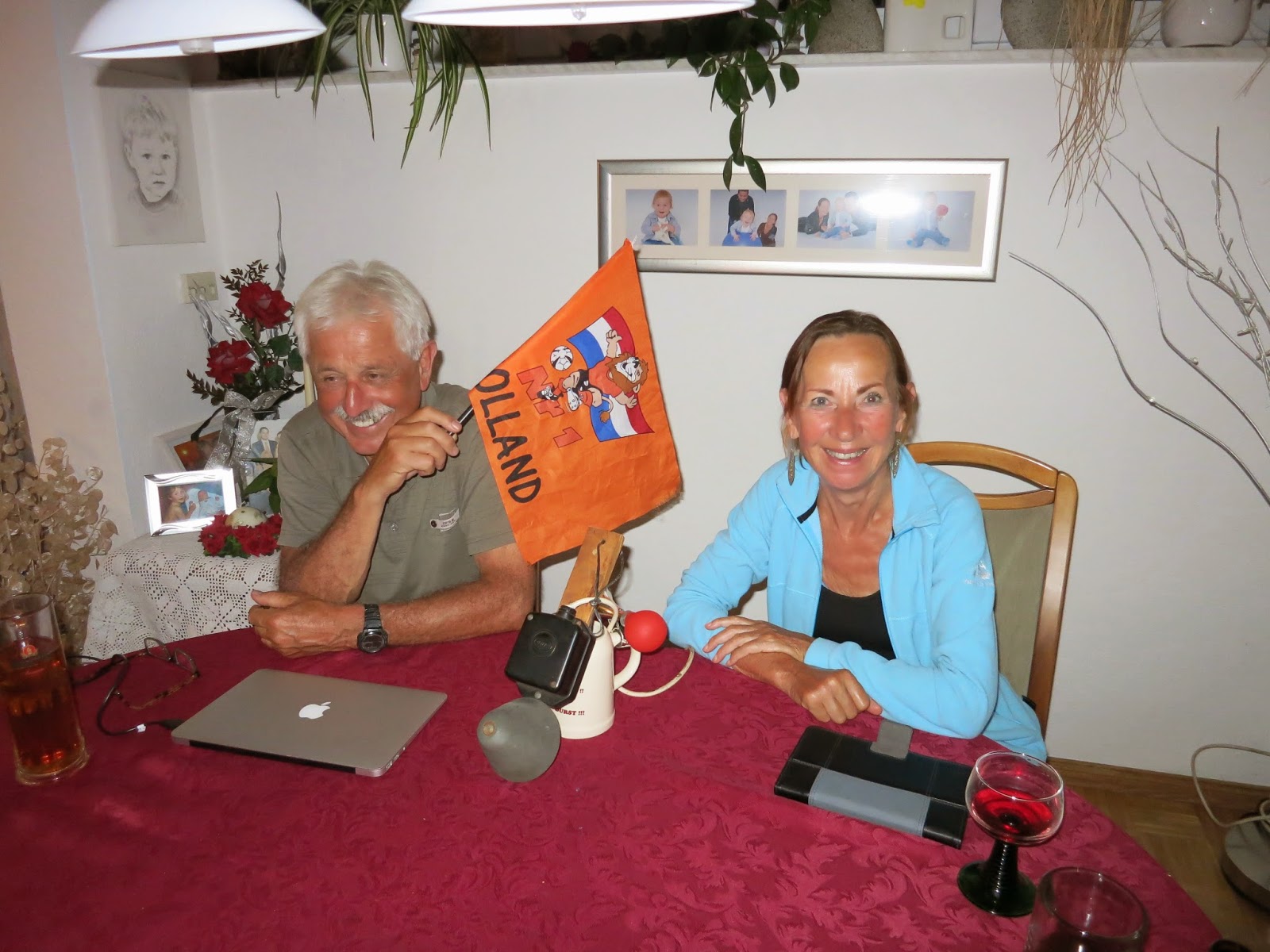 Now, after having seen the Dutch soccer team beat the Costa Ricans in a penalty series and after having said good bye to Gudrun and Olaf, we are on our way again. We will remember their great hospitality and cordiality. 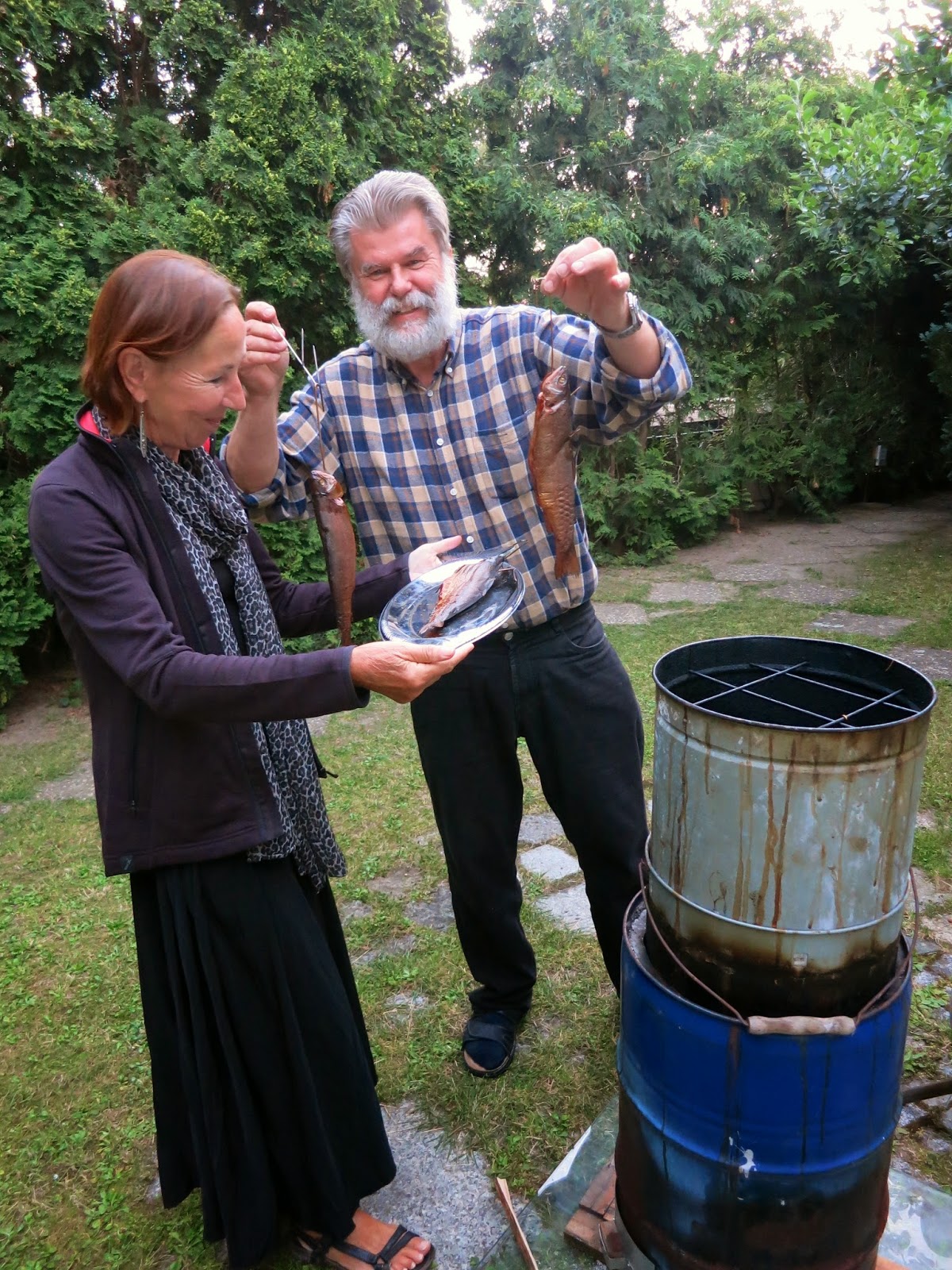 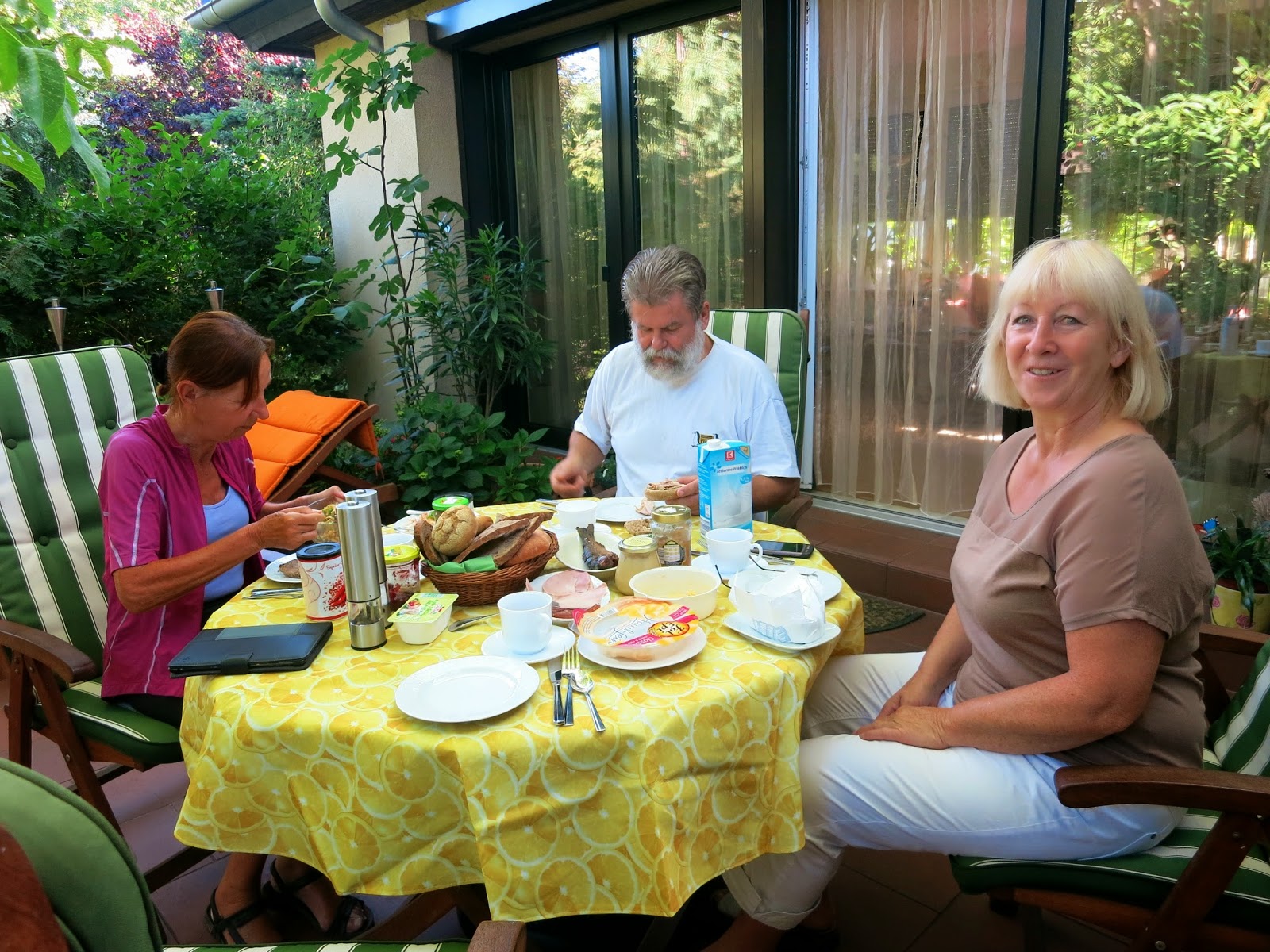 We crossed through the region around Berlin with the magnificent rivers Havel and Spree and all the lakes full of boats and got to Lutherstadt Wittenberg yesterday. Beautiful historic centre, we took the opportunity to see Chagall, Dix, Kokovska, Picasso, Beckmann and others in a religious artss exhibition in Das Alte Rathaus. Again it appeared not to be our favourite theme.


After a very rainy night in our tent we are now in a hotel in Dessau, the Bauhaus town.
Posted by Frans at 19:38