Romantic and beautiful, when not bombed and erased....

The route from Dessau to Münster led us through the Harz. Harz can be substituted for “Hard”. The paths were like mountainbike-tracks now and then, steep and in bad condition due to the heavy rains too, and we were forced to take to normal roads in order to make reasonable progress.
But then we discovered the Germany as it must have been everywhere in the past. A whole series of small historic towns, often from the 12th and 13th century, and in their original shape. That is, with medieval buildings in the typical wood and plaster style (half-timbered), narrow streets and cosy market places, each with beautiful Rathaus and church. Lovely and romantic. It shows that the Germans obviously cherish their heritage, as they so succesfully succeed in preserving these intimate places. 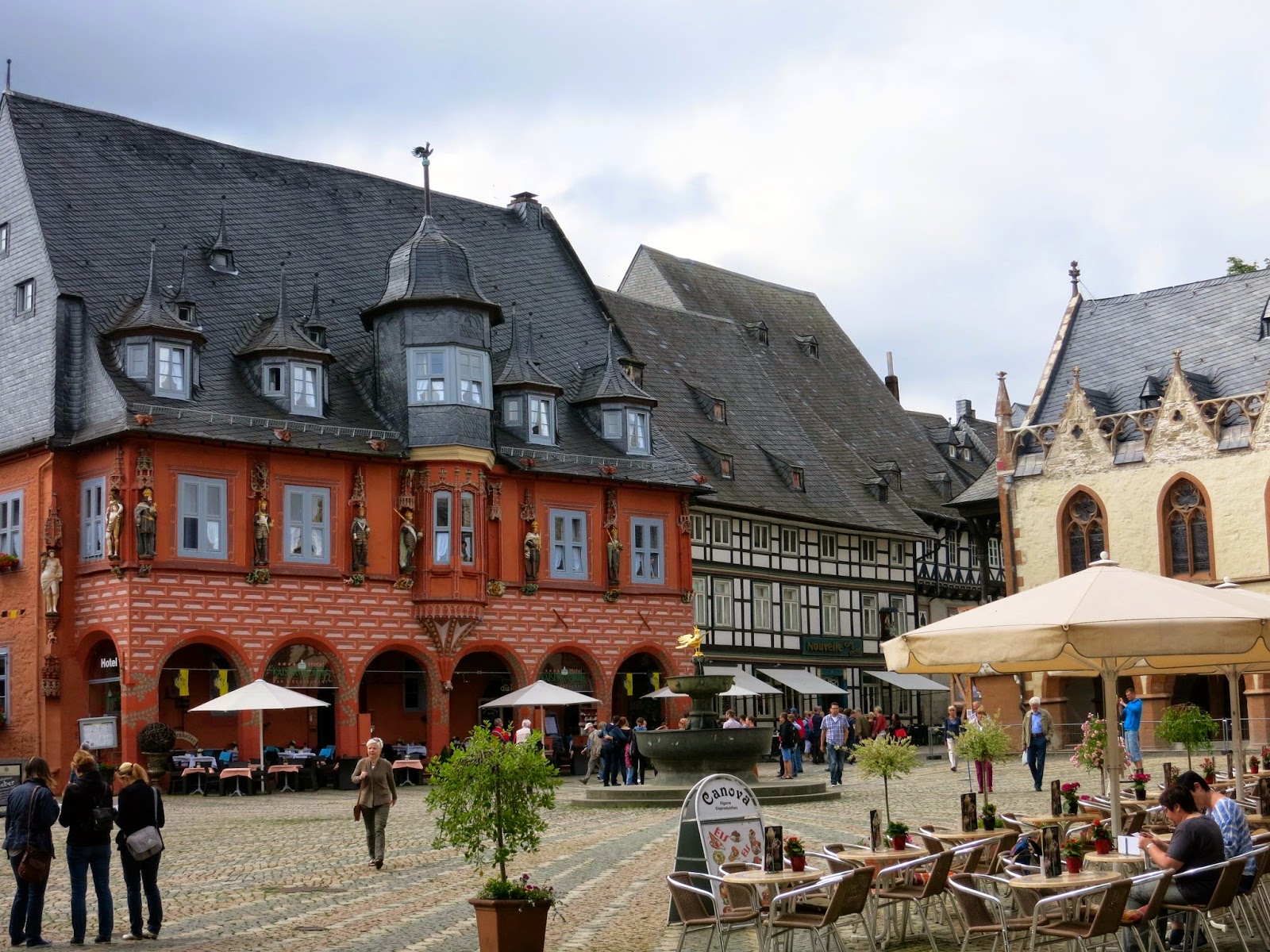 Too many towns and cities in this country are so different, so lacking this warm small-scale atmosphere. The reason is clear; in order to defeat the lunatic Nazis the clever and honourable allied forces found it necessary to bomb all these treasures of civilisation off the face of the earth. The smaller towns we now passed through were saved, or maybe the war ended too soon for them to have their turn. So lucky.
War clearly appears a very intelligent method to settle differences of opinion: large scale killing, ruining and demolishing as a method to solve problems or achieve goals. Why care for a personal history, personal integrity and suffering, for a collective heritage of centuries?
And how we have learned from our past..........
Today we spent the day in Münster. Nice historic center, that is..., correctly rebuilt after WOII's destruction. Unexpectedly for us there is a Picasso museum here, dedicated to his graphic work. A beautiful collection, completed by a series of photos of Picasso and his family in the villa “California” near Nice, taken by the American photographer Duncan. We were very pleased with it.
Strikingly in accordance with the theme of this entry of our blog, the second floor of the museum had an exhibition of graphic work of Francisco Goya, the famous Spanish painter from around 1800. The graphics at display here were made by Goya after the uprise of the citizens of Madrid against the French oppressors (under Napoleon) in 1808. In this work, which seems to have never been displayed before, he depicts the horrors of this war. It was of all ages, will it remain so?
The most famous paining by Goya about this uprise is in the Prado in Madrid: 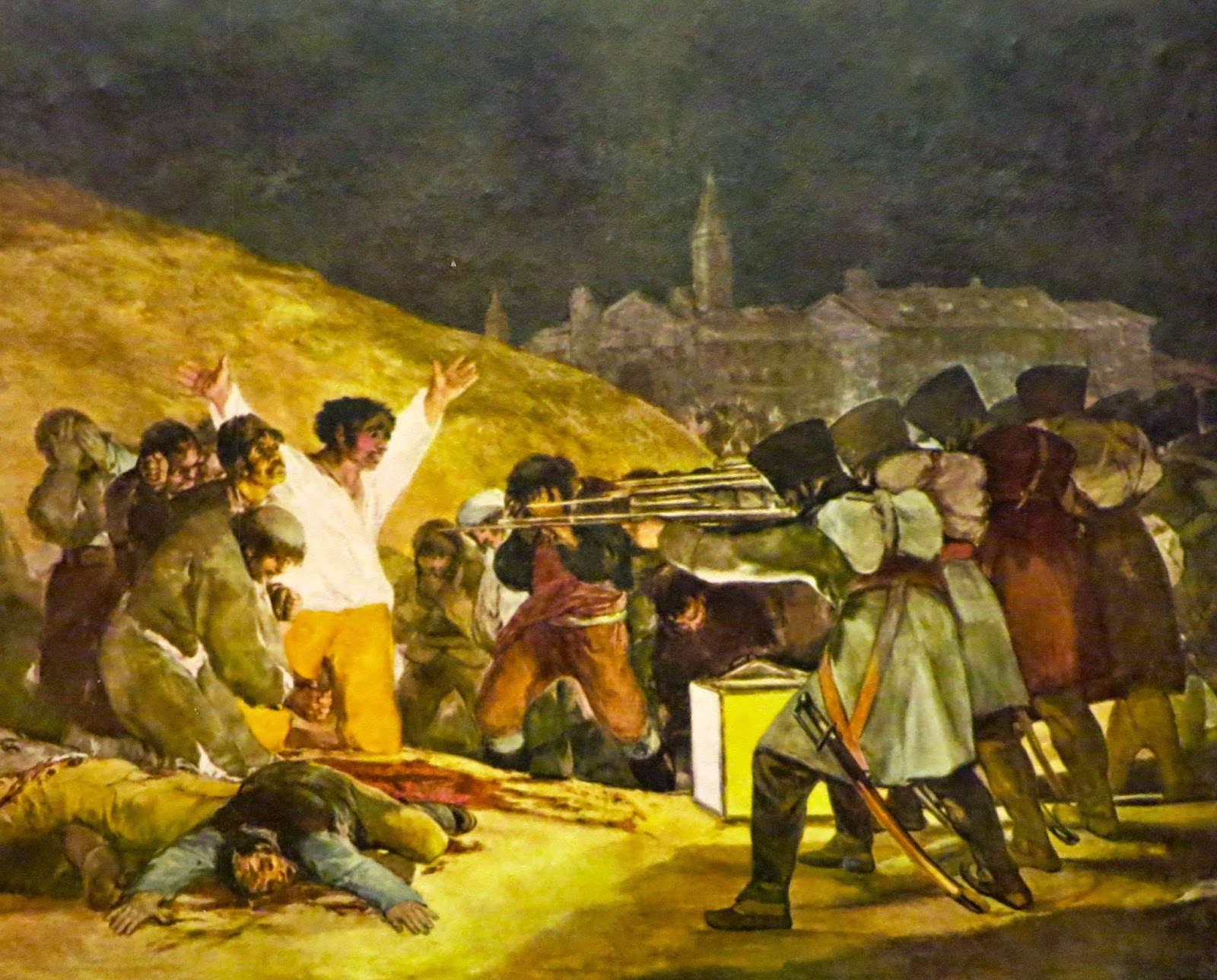