During our visits to the beautiful cities of Gdansk and the impressively large castle in Malbork (Marienburg), we stayed at WarmShowers addresses. Couples in their early thirties. Their apartments are small (44 m² for dad, mom and baby), but everything is there. In both cases we slept on a sofa bed in the living room. Fine, but it requires great adaption of the hosts. Their living room suddenly filled with panniers, electronics for GPS, Ipad and laptop, toiletbags and towels. Obviously they find it important to be WarmShowers hosts and be in touch with cyclists from other places. 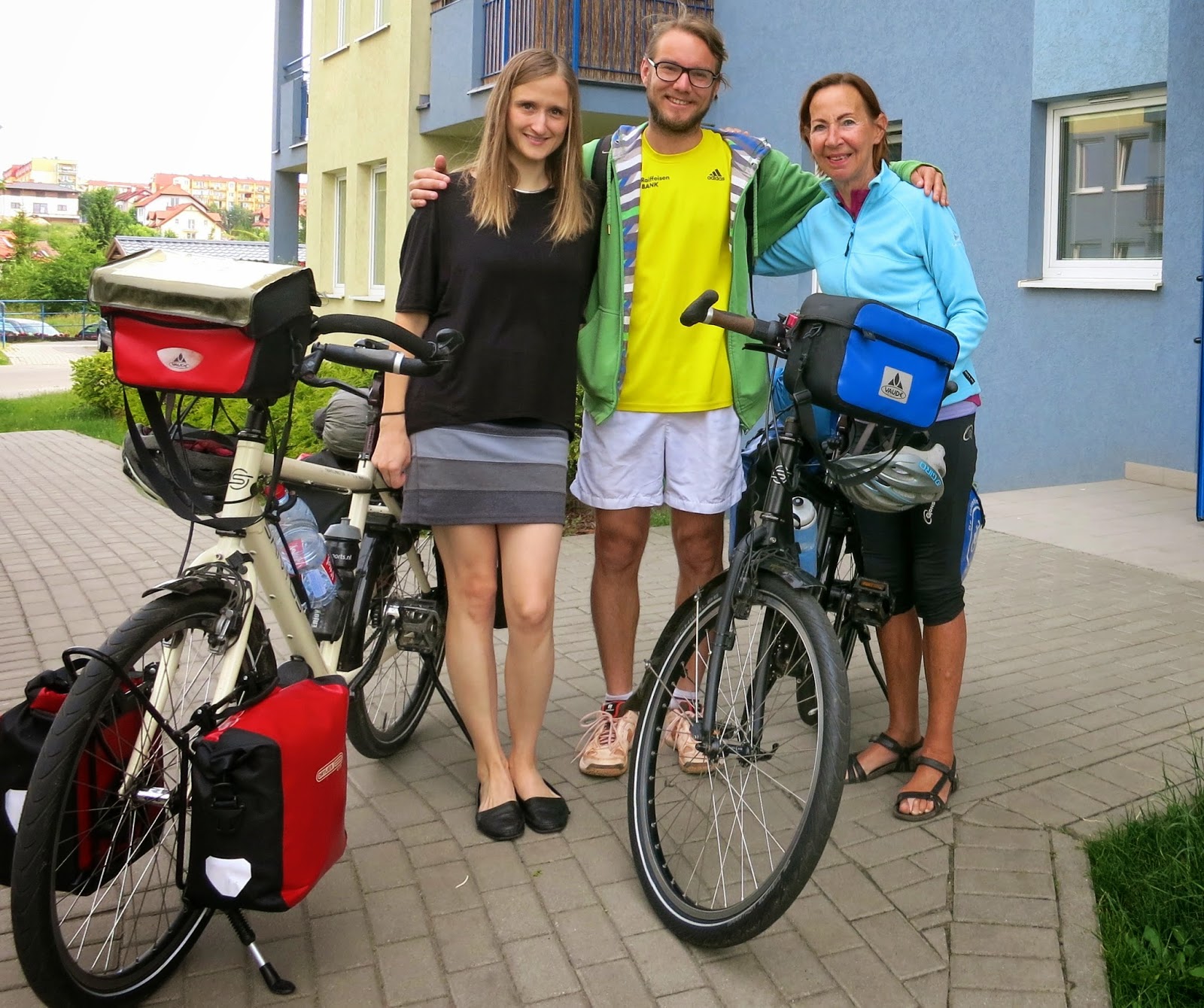 Later we cycled on the lovely Polish farmland. Cloudy, occasional a watery sun and a drop of rain. Sometimes a stormy wind, headwind of course, but with temperatures of about 21˚C cycling was alright. No good weather to camp though, thus we stayed in hotels.
The countryside is hilly and varied, there are quite a few villages, but with no facilities as a terrace for a coffee or things like that. We see many waving yellow fields, wheat, rye etc, sometimes with the blue and / or red glow of cornflowers and poppies. It gives me a nostalgic feeling, but I do not know if that is true, because were there cornfields in Zundert when I was young? Frans knows that they were there, but if it was barley or rye? Probably the latter, the farmers made their own bread with it. In any case, it is nice.
We notice the farms are well taken care of. The people look well too. No difference with our country, except the German oriented architecture. 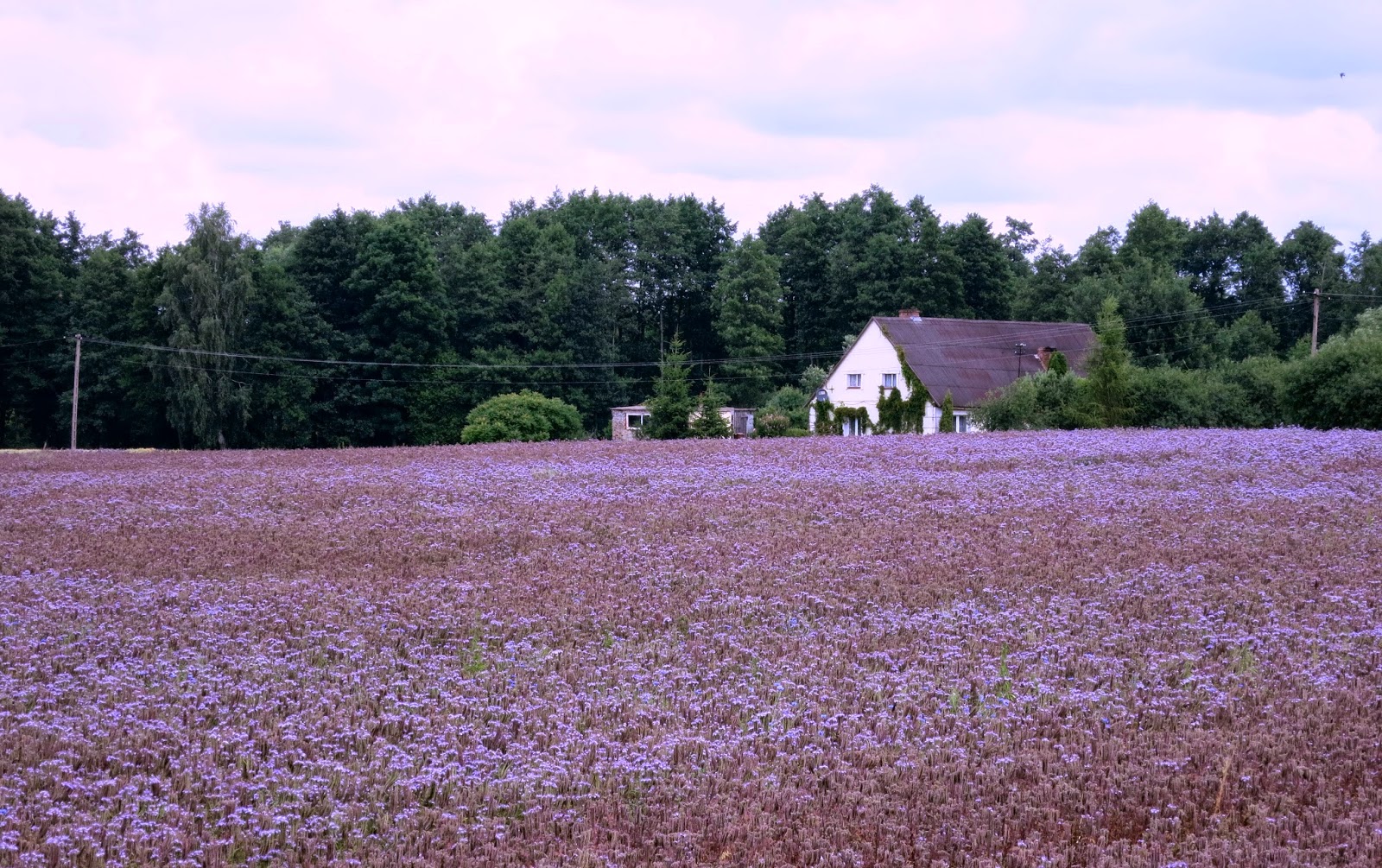 We had a special meeting with a farm worker, at least that's how he looked. His clothes were dirty and he didn't look well cared. He stood at a cafe and we wondered if we could get coffee there. No, but beer we could have. He opened a bottle for himself and smiled. Moments later, he passed us on his rickety bicycle and gestured that we could have coffee with him. We arrived at a grimy little group of houses. People were hanging about in a messy little street. His mother (?) grudges him because of our arrival we thought, but his wife Monica welcomed us warmly. By a 'kitchen' we be are guided into a living room that is stowed with beds and knickknacks. Here is also the television. The children, three of the six are very charming. There is a table in the kitchen that they move to the room for our coffee. We have a choice of instant coffee or "primero", Polish coffee, which requires caution, because the sludge is at the bottom of the cup and you would rather not drink that. Dad tells his Monica to provide us with food and she's already preparing it when I tell her not to. We can only communicate with hands and feet with them and I think this is enough. Such a cordiality of such a simple little family. 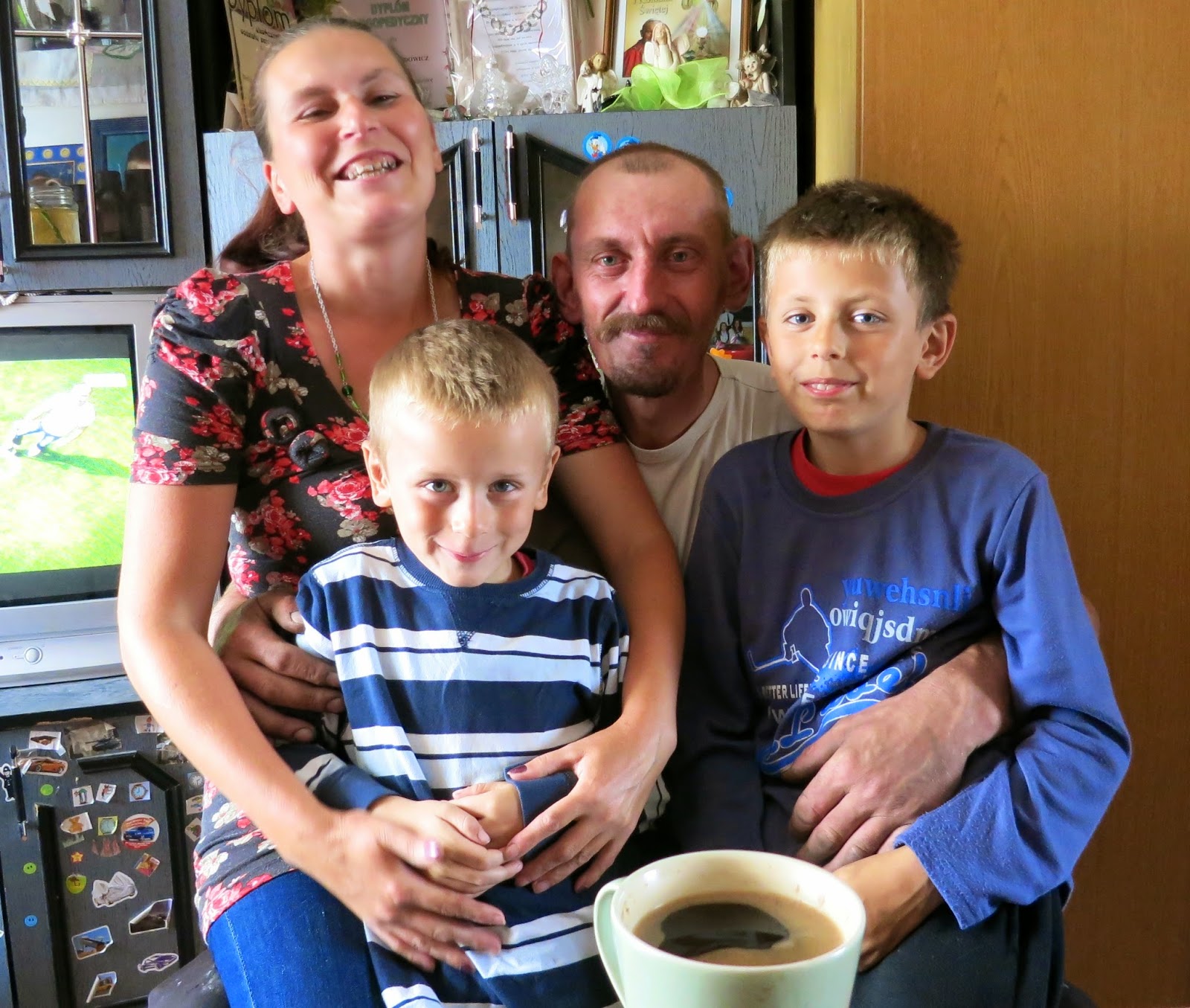