Travelling from Fukuoka to Kyoto by Shinkansen is fast and comfortable. Smoothly covering 650 kms in less than 3 hours. There's no enjoying of the scenery though, mostly the train moves between noise barriers or through tunnels. But, as the train does, time flies....and there's a lady selling coffee on board. 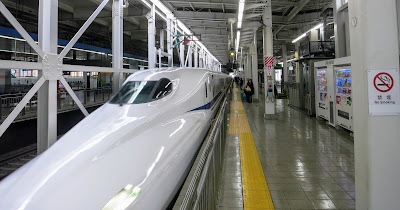 We will spend three days in Kyoto, this former capital of the country. Then we'll return to Fukuoka and take the ferry to South Korea, where we hope to disembark at 18.00 on April 20th.
Kyoto is famous for its places of worship. The two main religions of this country both have their biggest and most beautiful temples (Buddhism) and shrines (Shinto) here.


Today we visited two prestiguous ones and, when passing, by some smaller ones (as there are really many). We were not the only ones, crowds of Japanese joined us. They just wandered over the premises in awe, as we did, and really prayed (in the way I described in a former blog). But we were really surprised and pleased to see that many visitors were traditionally dressed. We saw hundreds of women and men in kimono. Mostly very elegant. We had the impression that most of these people were not used to wearing this traditional gear, they kept making photos and selfies and there were lots of kimono-rent-shops near the shrine. But it certainly gave a positive contribution to the atmosphere. 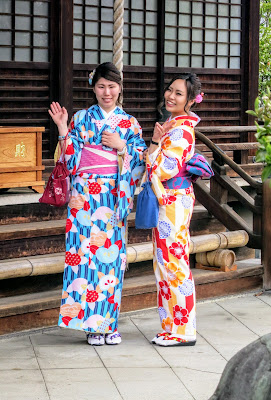 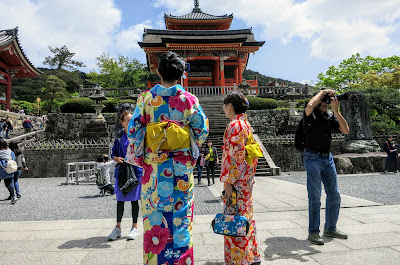 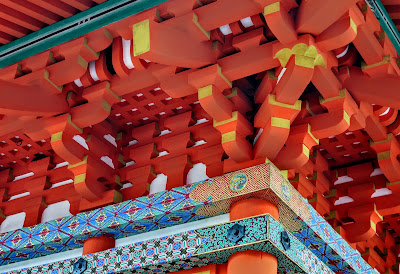 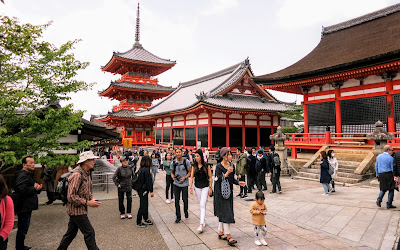 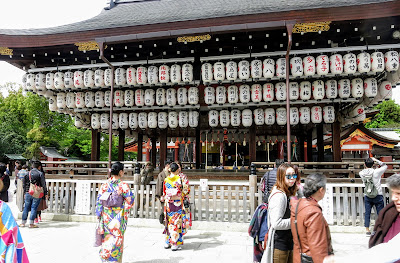