From Penang to KL 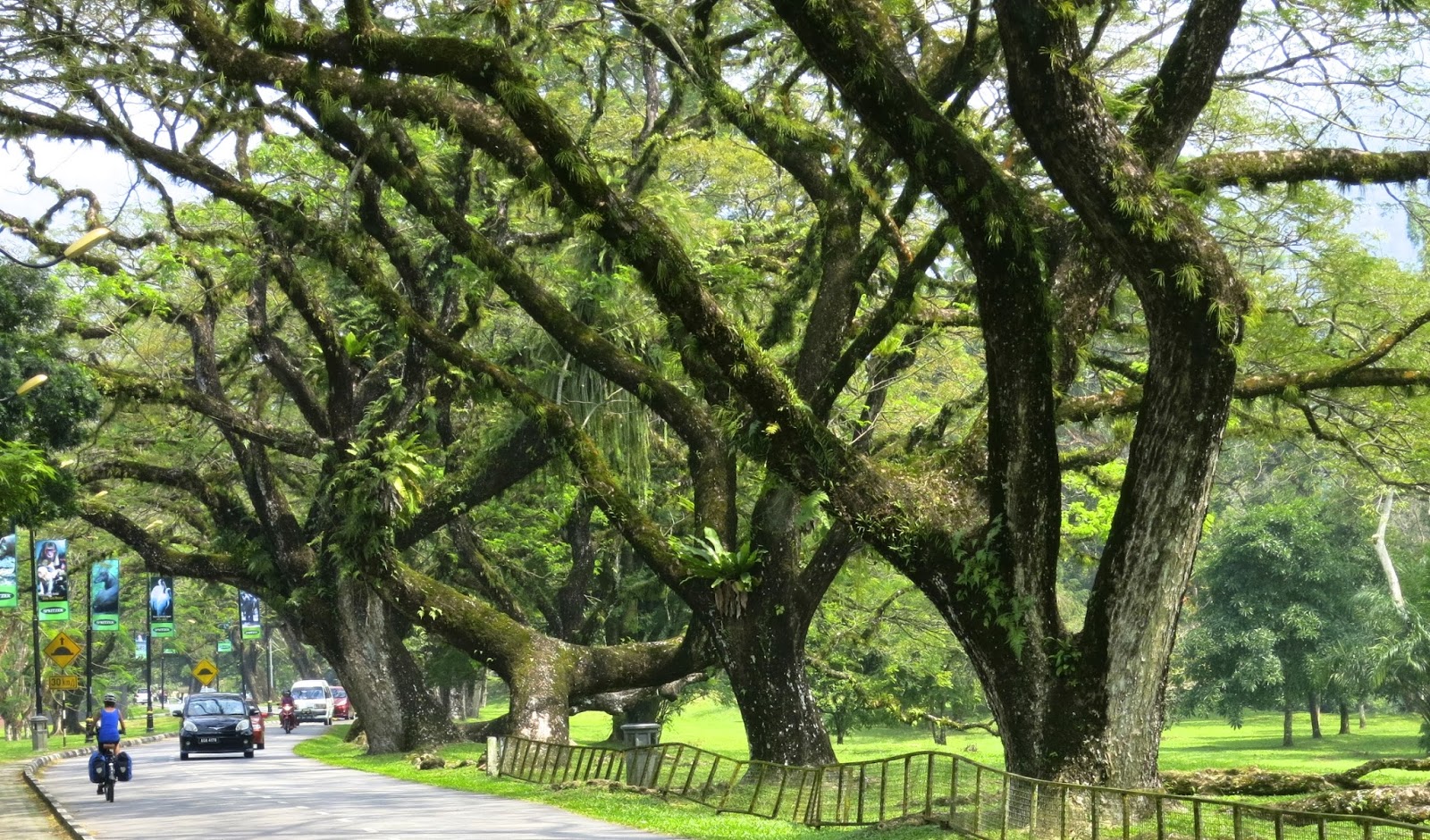 In Taiping we stayed an extra day. This is a former tin-mining town and the places where they dug for the ore have now been converted into a large lush green park, with trees hanging over ponds, walking paths and a zoo. There's also the stop for the 4-wheel drives that take you up to Bukit Larut or Maxwell Hill. This is a so-called hill station, founded by the British. On an altitude of 1050 meters there are houses and bungalows where the early colonizers used to go in the hottest period of the year. The road uphill is unbelievably steep and has 72 hairpins. They only way up (10 k) is on foot or by jeep. It takes the jeeps half an hour. Indeed it was nice and cool up there, and very quiet. I can't help thinking how akwardly boring it must have been to live up there for a couple of months. (No internet in those days and all that :-) ).

Kuala Kangsar is the capital of Perak, one of the five sultanats of Malaysia. The sultans palace is situated in the so-called royal district and is beautiful and luxurious, as is the whole royal district. Green parks, well kept, clean and quiet. A gem. Currently the sultan of Perak happens to be the king of the whole country. Every five years another sultan is chosen to be the king. Beatrix wouldn't have liked such a system, I think. 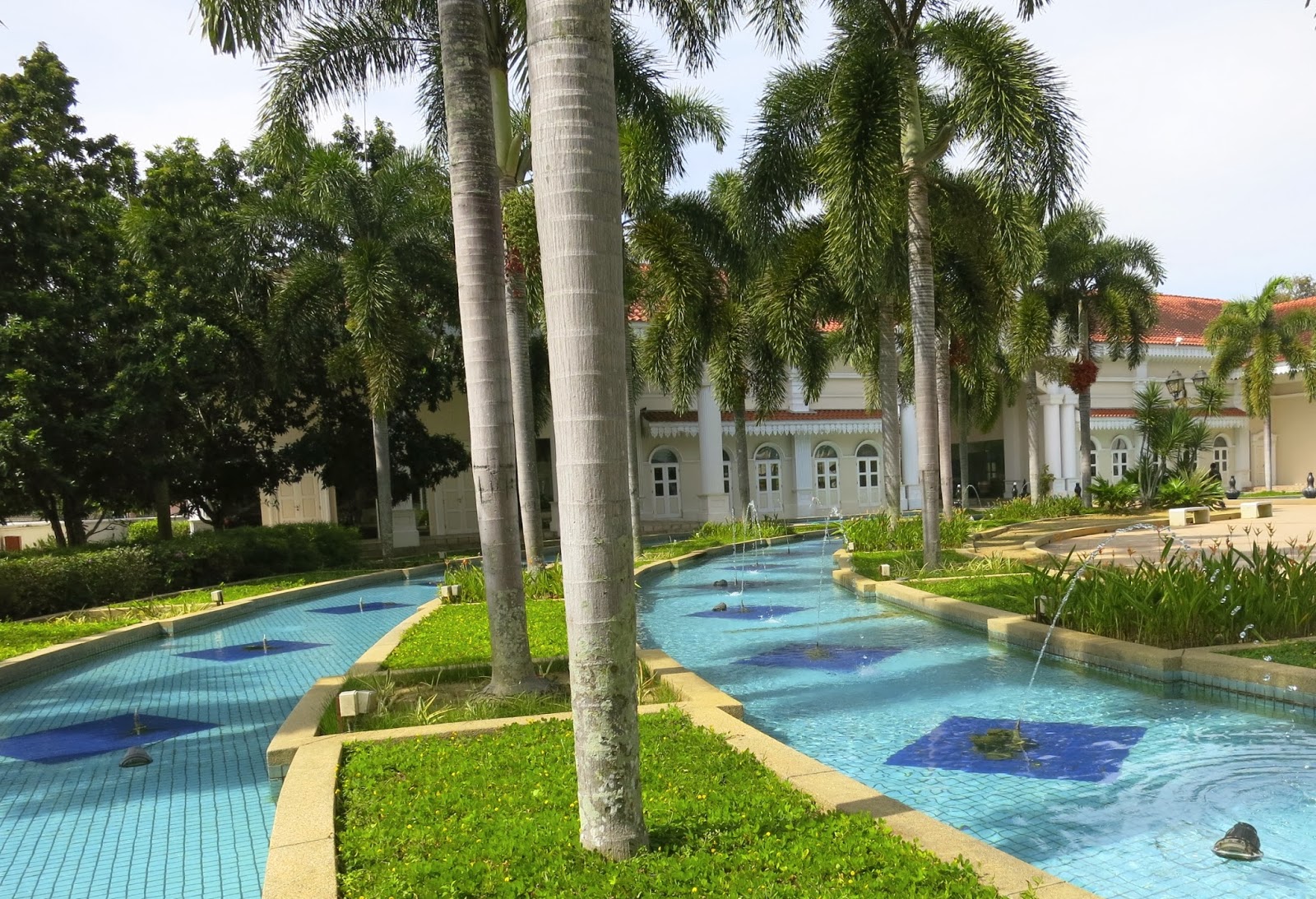 In the not very nice and big port city of Klang we stayed in the Prescott hotel, where we left our bikes and some luggage behind and took a train to Kuala Lumpur. Mostly they just say KL. The reason why we didn't cycle into Kl is because this city is so designed (better: not designed) that pedestrians and cyclists are absoluely ignored. It's many lane motorways, fly-overs, railroads, monorail, fences, concrete walls, absent sidewalks, blocked sidewalks etc. all over, moving as a normal human being on foot or two wheels is crazy, impossible and very dangerous. 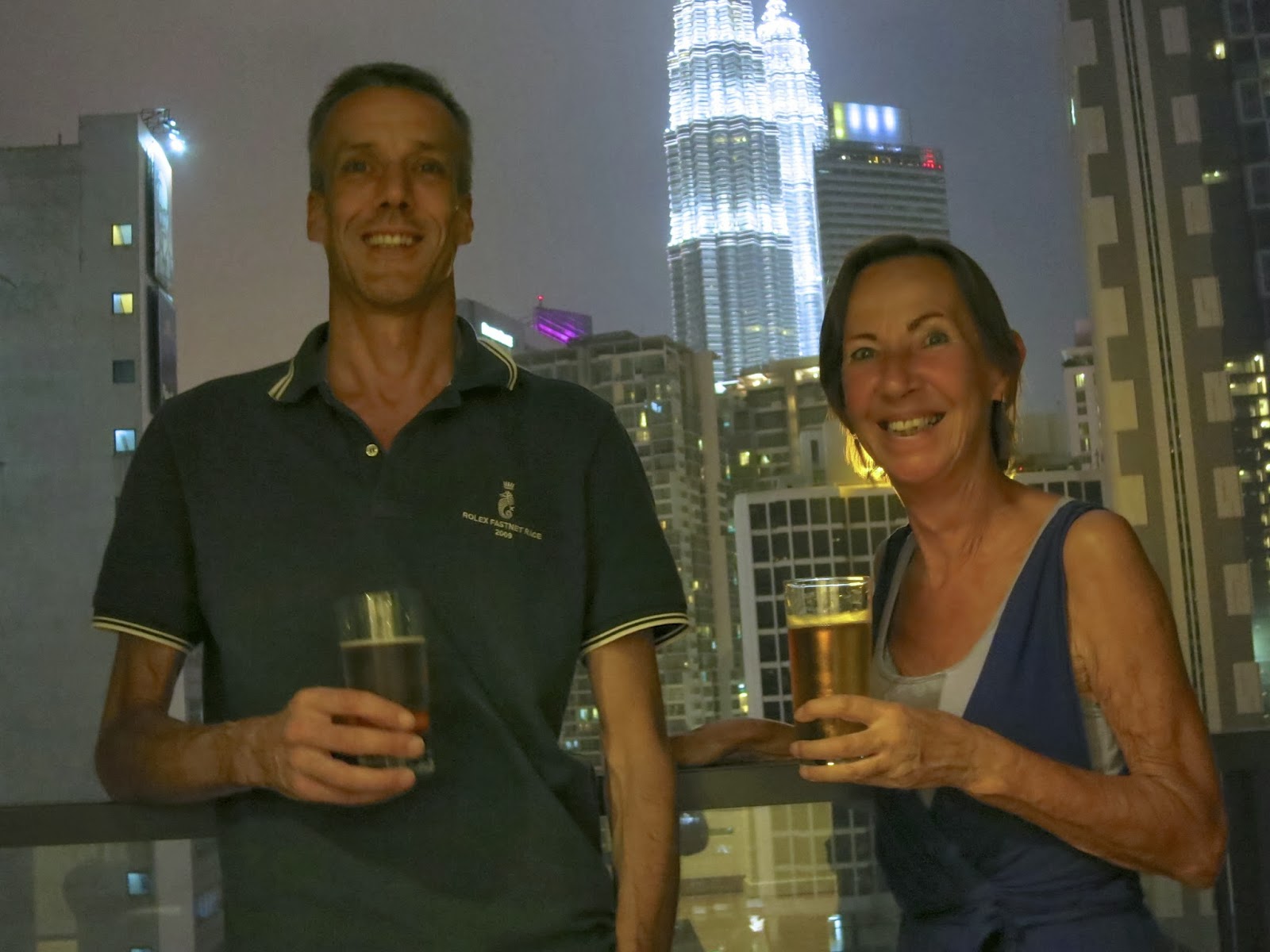 In KL we stayed with Dave, our Warmshowers host. He works for a French company building a huge powerplant on the coast here. He lives in a high rise building on the tenth floor in a gated community with all kinds of facilities, like gym, swimming pool and military dressed guardsmen all around. We have keys with sensors the guards greet you with a military salute: “Morning sir”. Quite nice actually :-), though I never heard them say “Good morning sir, madam”. (In public life in certain societies women are simply ignored by the male part of the population). The building is located between the two highest buildings of KL (and there are very many high buildings here), the telecom tower (432) and the Petronas towers (452) and we have a view on the latter. We feel privileged. 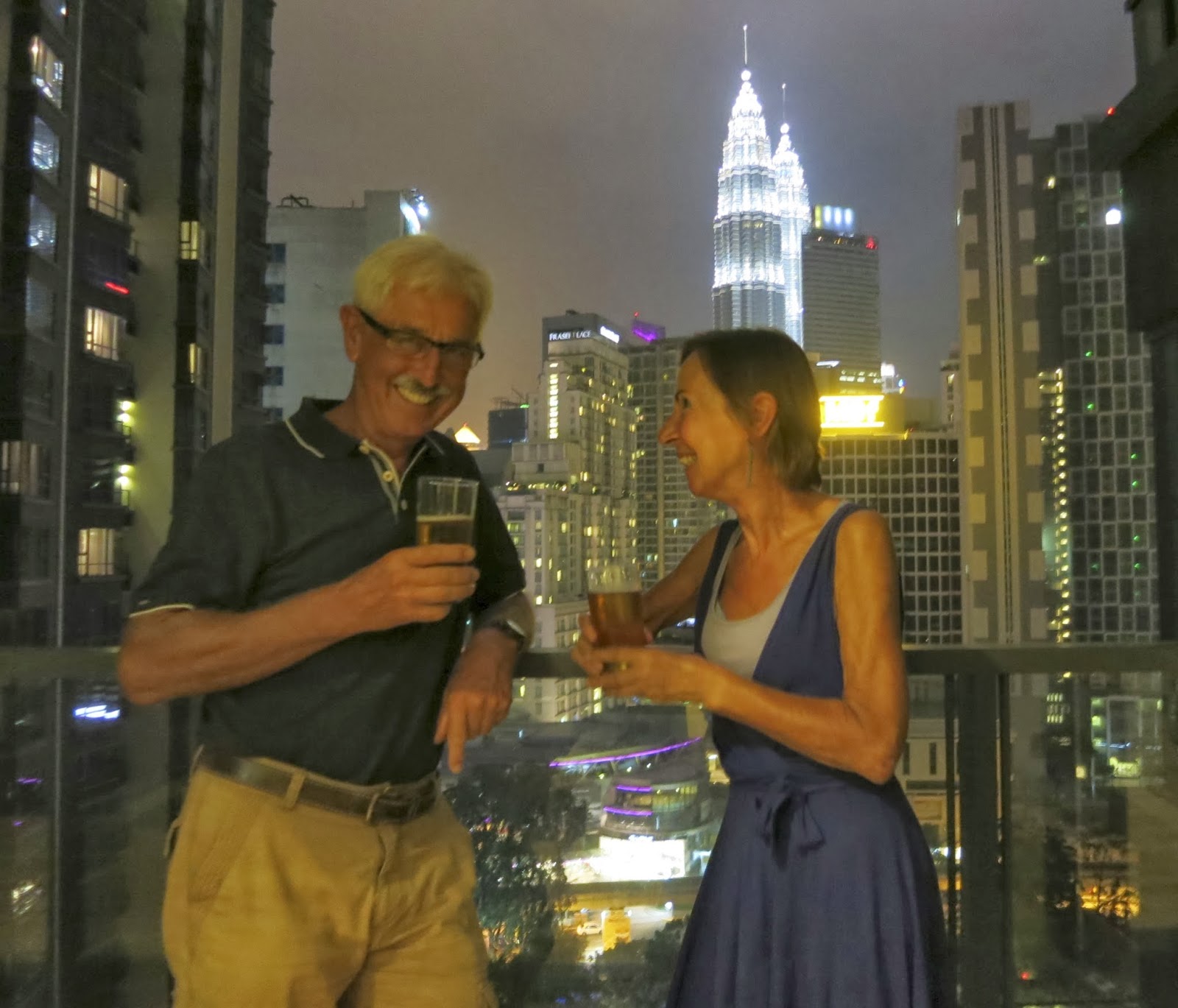