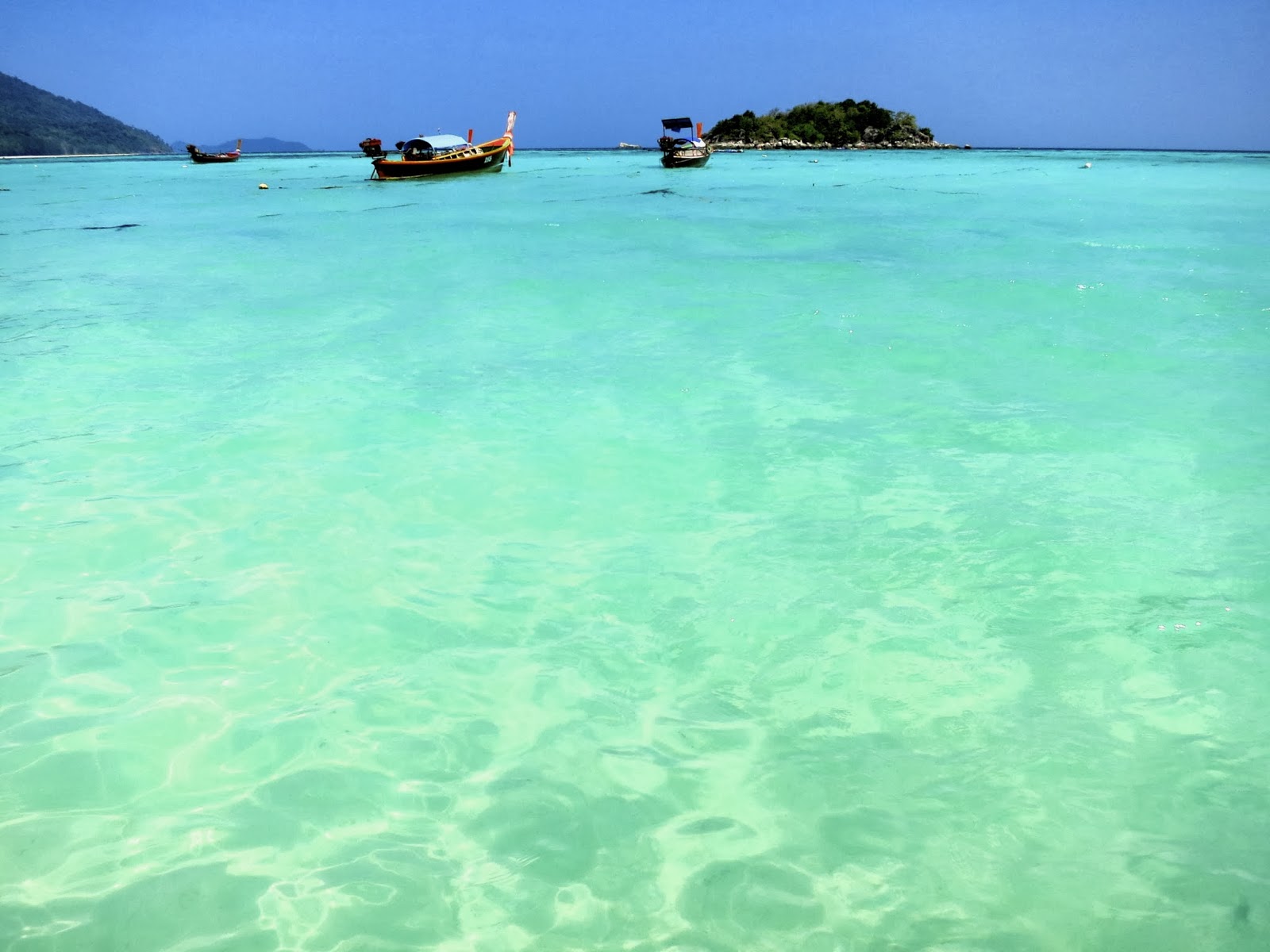 We're just a couple of days away from Malaysia and we did not stay on a single Thai island. So in Pak Bara we decided to give it a try and we booked a ferry to Koh (=island) Lipe. This was an “uninhabited” island until some years ago. It's a tiny island surrounded by coral, app. 1 k long, with jungle and three or four pristine beaches. Some 60 k out of the coast. The only residents living there were a group of so-called sea gipsies, more or less nomadic fishermen's tribes. But then it was discovered, among others by a Thai investor. Now there are a number of resorts, most of them very pricy. There's a concrete 2 meter wide street called Walking Street with some little shops and coffee bars. The street is completely covered by sand, like everything else on the island and is only 200 meters long. No cars, just a few motor bikes. Most transport is being done by longtail boats.


Though it was still high season we didn't book ahead, we were assured by the lady of the ferry ticket office that we would be able to find affordable rooms. We left our bikes and most of the luggage behind and landed, via a floating platform and longtailboat-taxi, on the main beach and checked. The first possibility was 3 times more expensive than we ever paid before during this trip. So, with our basic luggage we dragged on in the heat of the day. By accident I took a wrong path between two houses and we climbed a hill and after 15 minutes we found our sweating selves at Art Garden, a tiny resort on the slope. From there we could see the other side of the island through the trees, just 100 meters away. There was no room available in Art Garden, but the very kind Argentinian young man who worked there took us to the resort down at the beach that we could see (named Porn resort). There was one free bungalow, very affordable and on the beach. For us!! We were extremely lucky. The bungalow was just a bamboo shed, less than 4 x 4 m, with a toilet (no flush but bucket and pan), cold shower, a mattres, mosquito net and fan, but our own balcony was directly on the beach. It was the most quiet side of the island, Sunset Beach. We stayed in these Bounty spheres for two days, enjoying to the full the crystal clear water, the fresh fish that was delivered directly on the beach, reading, swimming and brushing the sand from our feet. Then, after two days it was enough and we longtailed back to the platform to board a very fast ferry. Five Honda engines, 70 k/hr, back to Pak Bara and the day after tomorrow we will be on a boat again. This time it'll take us to Langkawi, Malaysia! 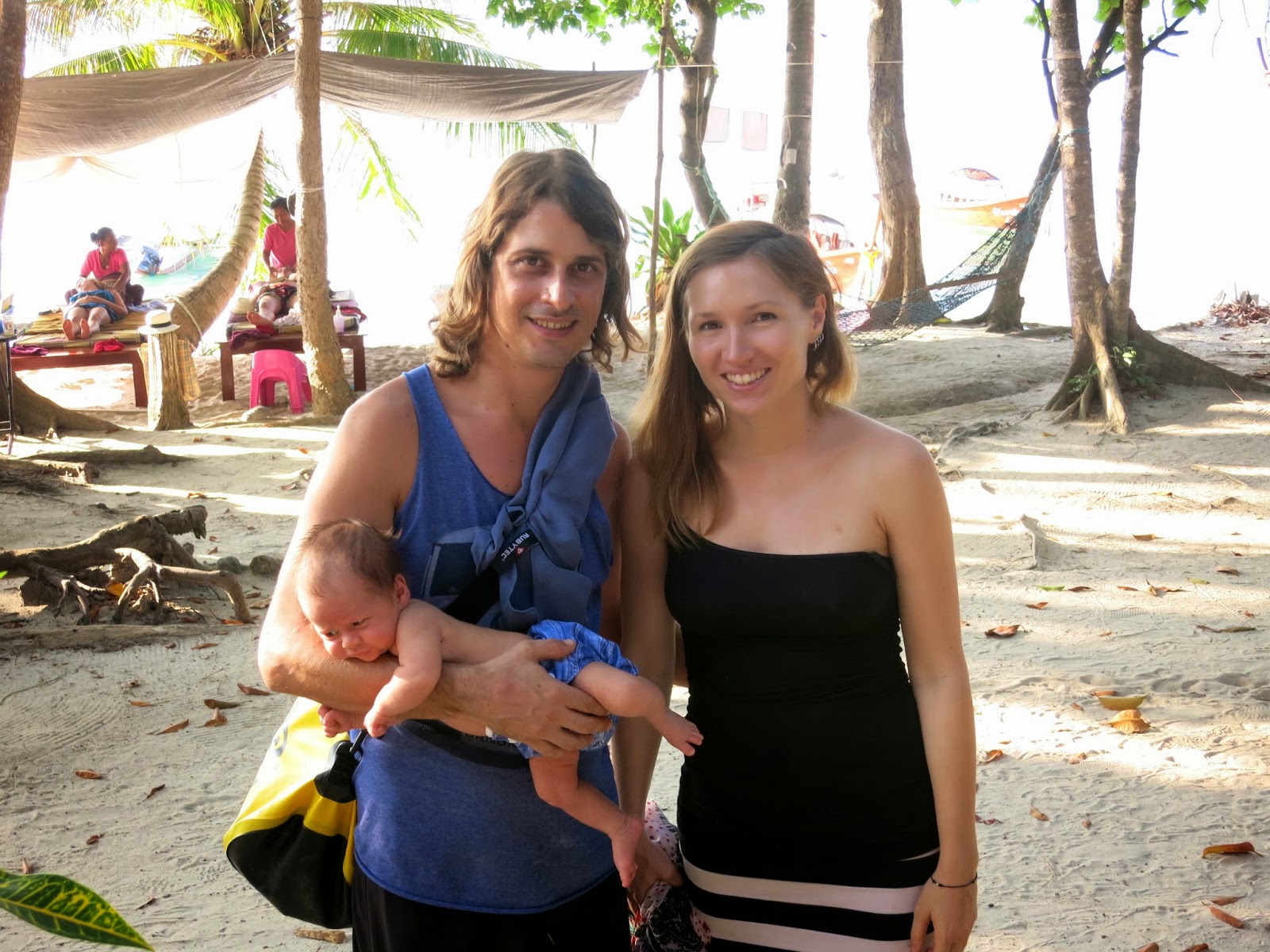