There's a first for everything

Do pigs ride on motorbikes?
Not an obvious question. Let me explain. We were riding on a normal two-lane through road south of Kuala Kangsar. The road was quiet, some cars, the usual small motorbikes and us. It happened on a slope, we were riding uphill, slowly. I was 100 meters ahead of Eveline and had just rounded a corner, when I thought I heard her shout. Because of the corner I could not see her and I feared that she had fallen or something. I hastely turned and while doing this I saw a man on a motorbike in a green shirt do the same. I thought that he had seen what was going on with Eveline and wanted to help. A second later I saw Eveline standing along the roadside, not hurt or anything. I felt releived but wondered what had happened. The man on the motorbike had disappeared. Then Eveline told me that the motorbike-man, when he passed her, had grabbed her breast, and quite hard too. What you feel at such a moment is immediate rage. What the f….., the pig. And then the man on the motorbike passed again, and he took the time to have a good look at us. It was good that he didn't stop ….
Eveline was rather shocked, when it happened she was mainly concerned not to fall, which she fortunately didn't. Then her reaction was the same as mine, anger, disbelief, outrage. For the rest no real harm was done.
I tried to imagine what must have gone on in this man's head. A normal day, he is riding his motorbike going for an errand or so. Then he sees a woman on a bicycle. Not a normal thing to see here, especially dressed like this, bare arms, bike shorts. In a second he must have made up his mind: “I'm going to slow down, grab her and see what happens. Haha!”. Something like that. And he even returned to see the result (or continue with the next step?), psychopat. So yes, in this country there's at least one pig that rides a motorbike.


On all our bike tours over so many thousands of kilometers, this is the first time. Most likely the last, I'm sure.

Later in KL we saw these train carriages. Is it that bad? 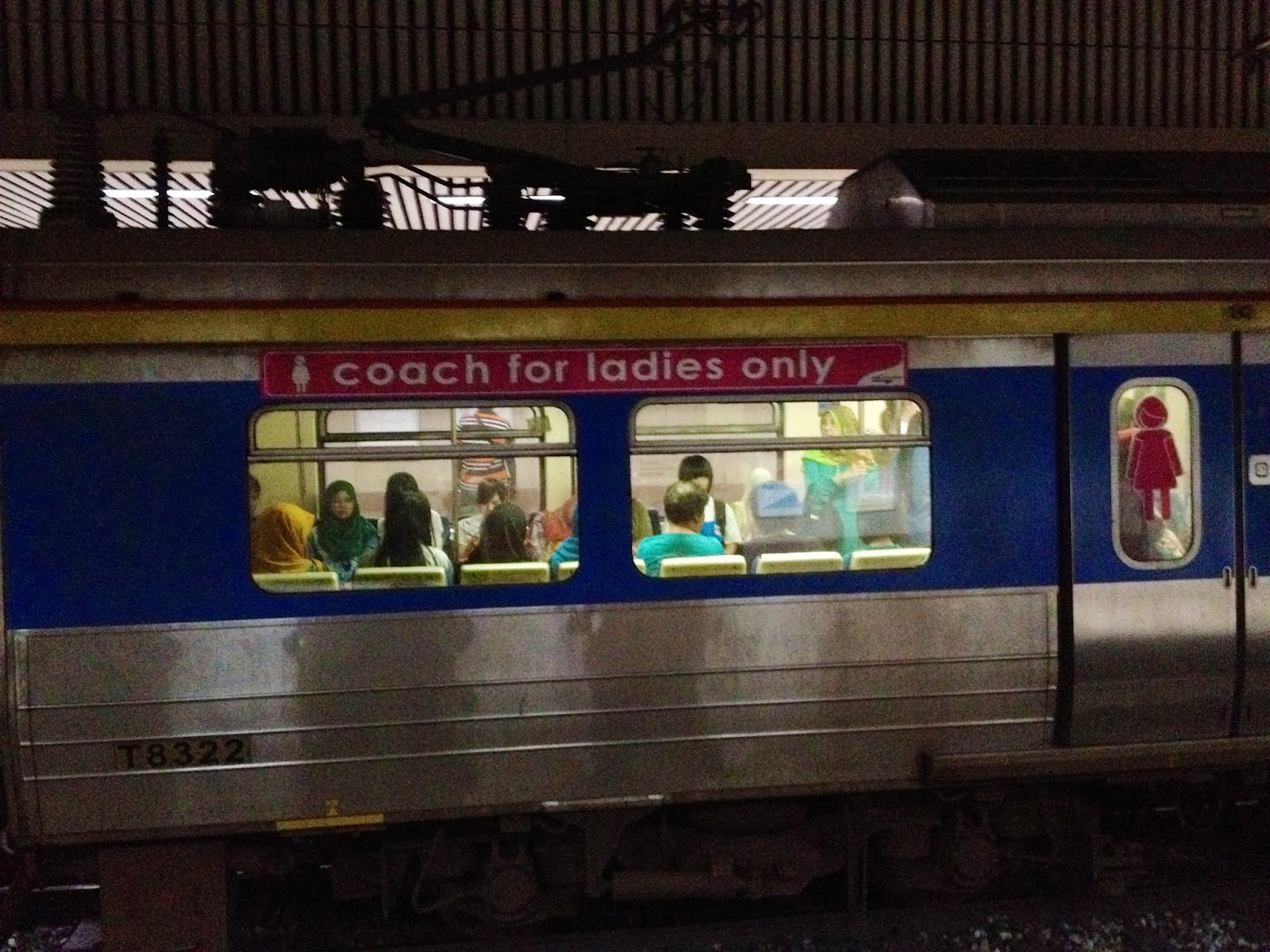