Eight days have passed since we left our Warmshowers-hosts Kayahan and Gülten. Since then we rode 500 kms and climbed 5300 meters over two passes, 2160 and 2057 altitude.
We are very satisfied with the decision to take this route, it's wonderful. The stages are mostly pretty tough, but not too tough and allowing us to enjoy everything.
First of all it's the scenery. Long and wide valleys, and the higher you come the more colourful they get. There is agriculture on to very high levels, but where the land is not tilled there often is an abundance of flowers in bright colours, yellow, purple, pink, blue, white. Sometimes the mountains themselves show a caleidoscopic mix of surrealistic colours and the clouds in the sky often look like they have been painted by an old Dutch master. The roads are wide, 4-lane and the tarmac perfect. Traffic is low, not a car per minute. Hornblowing, cheering, yelling and waving from drivers and truckers (many of them from Iran). Free tea at petrol stations, drivers paying for us, giving us sachets of nescafé, dropping a handful of cherries or abricots on our table. A man – out of the blue – puts a plate filled with butter and honey and a basket of bread on our table and makes clear that it's from his own bees, there on that mountainside, he points at the other side of the valley.
The ögretmenevis (teachers' houses) appear to be OK and we learn that in most places there are hotels as well (though sometimes we'd better not comment on the quality).


Now we have arrived in Erzurum, a city of 500.000 inhabitants and the most conservative and religious city in Turkey. Altitude 1900, surrounded by snowcapped mountains. We were not surprised to see an ice-hockey stadium and two ski-jump towers near the city. Winters here last long, are very cold and the snow lies three meters thick. Things you don't realize before you arrive at such a place. As what ramazan means, like the men in the tea-houses just sitting and playing with their beads, no chai on their tables. And for us our evening meal together with all the other people, starting exactly at the moment that the imans start howling from the minarets. 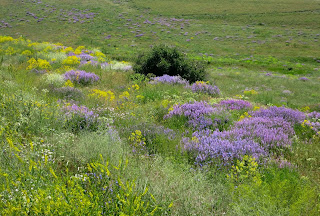 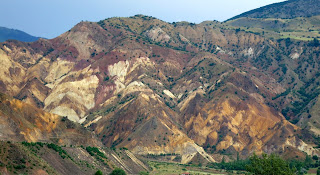